Restrictions to be relaxed, but we’re not out of the woods yet (3rd May) 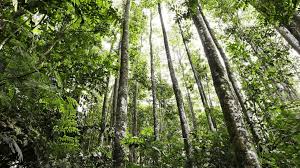 Restrictions to be relaxed, but we’re not out of the woods yet

The Government plan released last Friday to relax the restrictions on movement in five phases between now and early August is welcome and we can begin to be more optimistic about training together again and resuming athletics competitions. However, it is still possible that there will be no track and field competitions in 2020, but hopefully the autumn cross country season is safe and can take place. However, we’re not out of the woods yet and normal as we used to know it is still some way off but at least we can see the road ahead.

Before anyone starts packing their gear bag and heading for the Club, we need to look at the five phases in detail, as they impact on athletics. This week we can travel up to 5k. From 18th May we can train in groups of no more than four, but still need to observe social distancing, so obviously the Club must remain closed. From 8th June, we can travel up to 20k and small group team training is allowed, but we still need to observe social distancing, so a glimmer of hope, but is it enough to reopen the Club? Will coaches and parents be comfortable attending training sessions? From 29th June, sports can take place behind closed doors, though the 20k travel limit won’t help athletics competitions. It’s only from 20th July that travel restrictions are lifted and competitions can resume, but spectator numbers will be limited and social distancing must still be observed, so it’s hard to see what sort of athletics competitions could be held; perhaps road races, where there are less spectators, though registration and the customary post-race refreshments would be a logistic nightmare. Even finding first aid and ambulance cover could be a problem. If social distancing only applies to spectators, that’s one thing, but obviously social distancing in a race is impossible. It’s only in the final phase from 10th August that we begin to see some semblance of normality resuming, but spectator numbers will still be limited, though not specified, and social distancing must still be observed.

So, we need to wait a bit longer and see what advice issues from Athletics Ireland on the finer details of the lifting of restrictions and how best Clubs can manage a phased return to training and eventually to competition, but at least we’re on the road. In the meantime, even though the Club Grounds remain closed, maintenance has to go on and the track was cut last week and looks fantastic – all that’s missing is some athletes running around it!

In the meantime, all we can do is our best to stay fit by continuing to train at home to keep in physical shape. Apart from quiet roads, footpaths, fields, open spaces in housing estate, Royal Canal towpath and the Old Rail Trail, there is plenty that can be done indoors or in gardens too, so keep checking the Athletics Ireland website or Facebook page for ideas on running drills, exercise routines, strength and conditioning exercises etc. finally, when training outdoors, please remember to train alone (unless with others from your household) and follow the guidelines on travel, social distance and keeping well apart from other walkers or runners you might meet on your run.

What was in the news around this time last year?

Last Wednesday and Friday, the North Leinster Schools T&F should have taken place in Santry, though given the dreadful wet days that they were, perhaps some would see their cancellation as a silver lining in the current black cloud? In any other year, the focus would be firmly on the season ahead, but of course, life is anything but normal now and while we don’t have any races to report on due to COVID-19, we have plenty of great memories to look back on from last year and earlier to remind ourselves of happier times.

Last year, Aine O’Reilly finished sixth woman overall, first in her master category, to win individual gold at 2019 AAI National 5k Championship in the Phoenix Park and with great support and strong finishing from Michelle Bohan and Michelle O’Halloran, it was a fitting reward for their hard work that the Mullingar women finished third Club in their master category. Emer O’Hanlon had the honour of leading our other master women team home and with terrific support from Eileen Kenny (first in category) and Brigid McCabe (third in category) this team finished second Club.

Making his track debut over 10,000m, Jack O’Leary competed for Iona College at the 2019 Metro Atlantic Athletic Conference (MAAC) T&F in New Jersey, putting in a strong performance to finish in 29 minutes 21.96 seconds, which is over 50 seconds inside the European u/23 T&F qualification standard. This was the second Euro u/23 standard that Jack achieved, to add to his 5,000m standard achieved a little over two weeks previously to show that he was really coming into form for the outdoor track season.

On a very warm sunny May morning, despite the near oppressive conditions, Joan Flynn produced a brilliant run in the 2019 Limerick Marathon to finish in 3 hours 2 minutes and 18 seconds. This was good enough to finish forty sixth overall of over 800 finishers, but more significantly, to place third woman and take an individual senior prize.

Among the Irish team announced to compete at the 2019 European Race Walking Cup in Alytus, Lithuania was Oisin Lane, who was selected to compete in the junior men 10k walk. The European Race Walking Cup is the race walking equivalent of the European Cross Country, so was a great achievement for Oisin who had previously represented Ireland at underage level including European Youth (u/18) in 2018. This selection marked his debut at Junior (u/20) level in his first Major championship and was an important step-up for him. Also celebrating International selection was Sarah Glennon who was named on a strong Athletics Leinster team to compete in the 3,000m race walk at the 2019 CSIT Games in Tortosa, Spain.

For now, the club grounds and clubhouse remain closed until we hear that we can relax controls and life can begin to get back to normal again. Our website www.mullingarharriers.com and Facebook page will have updates. We need to continue to do what is asked of all us all to keep our communities safe, so stay home and stay safe.