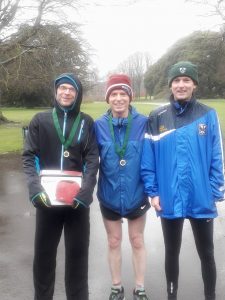 As we approach the end of five weeks of restrictions on movements due to the Coronavirus pandemic, it’s looking like we’re in for the long haul and are still a long way off a return to normal. The restrictions have now been extended to after the May bank holiday, but even if loosened then, it will not mean a return to competition or even necessarily training in groups again for quite some time. A sudden lifting of restrictions would in all likelihood cause a second wave of infections, undoing all the good work achieved to date. The leaving certificate exams are rescheduled to late July or early August, and allowing for the call by teachers to have students back in the classrooms at least two weeks before the exams, marks mid July as a date to watch. Is this an indicator of how the health authorities view any possibility of a lifting of restrictions? If so, May and June could be wiped off the fixture list, and possibly July too? All we can do is keep watching for updates.

Unlike team sports, where interaction with others in training is vital, at least athletes can train alone, as long as it’s not too far from home at the moment and not for too long either. There is also plenty that can be done indoors or in gardens, so check the club and the Athletics Ireland website or Facebook pages for ideas on exercise routines, strength and conditioning exercises etc. If training outdoors, remember that you must keep within 2km of home, train alone (unless with other household members) and please remember to respect the social distancing guidelines and keep well apart from other walkers or runners you might meet on your run, at least two metres but more if possible, as research shows that when running hard, breathing out is faster and stronger and droplets travel further.

What was the Easter athletics news in recent years?

This time last year, to the fore at the AAI National 10k Championships, which was run in conjunction with the Great Ireland Run, was the Mullingar senior women team who topped the podium in a very close race. Elizabeth Carr led the team home in tenth, followed in by Sinead Whitelaw in eleventh, Aine O’Reilly only a few seconds behind and picking up an individual silver medal in her masters category, and great team support from Michelle Bohan and Jenny Algar. This was the first time a Mullingar women team had won a National senior team title.

In the USA, competing for Iona College at the Bryan Clay T&F Invitational Meeting at the Azusa Pacific University near Los Angeles, California, Jack O’Leary recorded a new 5,000m personal best of 14:11.96, which was inside the qualifying standard for the 2019 European u/23 T&F Championships in Gävle, Sweden in July. Jack didn’t compete in Sweden though and reserved his efforts for the European Cross Country in Portugal in December, finishing second Irish man and with Cormac Dalton also running magnificently, helped Ireland to a very creditable seventh place finish. As we know, New York has been hit very hard recently by Coronavirus but fortunately Jack had left there well in advance some weeks ago and is at home safe and sound.

Going back a year further to 2018, the “Battle of Clontarf” 10 Mile Road Race in a cold, wet and windy St. Anne’s Park on Easter Monday incorporated the Leinster 10 Mile Championship. First to finish for Mullingar was Eddie Newman in 58:58, easily winning his master age category by over 8 minutes, just two places ahead of Gerard Gavin (59:19), also winning his master age category but by a much closer 6 second margin. Finishing very strongly and providing the vital third team score was Pauric Brady (61:01), to see Mullingar finish first Club in the master men race.

Back in 2017, always a great ambassador for the Club, Mark Christie won the Great Ireland Run to give the home crowd plenty to cheer about. Before the 10k race, there were races for boys and girls where they had the chance to show their talents before a very large crowd that gathered for the 10k race. The maroon and white of Mullingar was prominent on the podium after the junior races, including Niall Brady (first) and Arthur Drummond (third) in the mini boys race, Ross Killalea (first), Adam Brady (third) in the boys 9 to 11 years, Aoife McGouran (first) in the girls 12 to 15 years and Andrew Daly (first) in the corresponding boys race.

Also in April 2017, the thermometer hit a very warm 22degC during the Rotterdam Marathon but having travelled that far, the heat wasn’t going to stop the intrepid group from Mullingar taking to the start line looking to complete the classic distance in one piece, though they naturally had to revise down their expectations regarding finish times. In its favour, being the Netherlands, at least the course was very flat! Very happy with a new best of 3:07 despite the heat, Eoin Clarke was delighted to lead the Mullingar group home, followed in by Philip Burke (3:21), also a best time despite the heat, then Robin Jackson (3:45), Tommy Conroy (4:05), Suzanne Scanlan (4:16), Jason McCabe (4:19), Richard Ferris (4:29), Criona Reid (4:48) and Linda Driscoll (5:33) completing the group.

The club grounds and clubhouse remain closed until we hear that we can relax controls and life can begin to get back to normal again. Our website www.mullingarharriers.com and Facebook page will have updates. For now, we need to continue to do what is asked of all us all to keep our communities safe. Stay home, stay safe.